I’ve noticed a spike in hits recently, ever since I mentioned the blog on the Sports Interactive user forums earlier in the week. It feels a bit less like I’m howling into the void, so if you are new to these pages then welcome, thanks for showing up, and I hope you like long reads when it comes to Football Manager stories because that is absolutely what this is. It’s the account of my attempt to get Derby County promoted to the Premier League, though as you will see I think it’s going to take one than one season to do it, certainly in such a way to make our survival in the top flight sustainable. In the meantime, once the 2019/20 season is covered in full there will probably be enough verbiage here to make my adventures as long as a novel. What’s that you say? Why not just write a novel instead…? Well, it’s something to do while we’re all in a state of lockdown, a unique opportunity to play an FM save in exactly the way I’d really like to with time not an issue, and to cover my progress in similarly exhaustive detail here. If you want to follow it from the start, I’ve posted a nice index of chapters into which you can dip to your heart’s content.

We are entertaining Cardiff City in the fourth round of the FA Cup. Reaching this level means we have satisfied the board’s requirements, but obviously we’d like to do better than that, try to reach the competition’s latter stages and bring some real money into the club. The Bluebirds are a relegated team and have only just parted ways with Neil Harris. Steve Morison is working as the interim gaffer when we meet them. Everything is lining up nicely for a victory, and of course it’s exactly in these moments when the gods of football find fresh ways to bite you on the bum, to slap you across the chaps and order you never to dream of such things.

The visitors line up with a 4-5-1, intending to defend, and they do it really well. Everything we do leads to nought. The changes I make affect very little. We enjoy more shooting chances than Cardiff, chiefly through Bakery Jatta, but nothing works for us and keeper Neil Etheridge chooses this occasion to be filled with the spirit of Walter Zenga. Jatta’s pretty awful otherwise. The combined talents of Josh Murphy and Joe Bennett keep our star winger quiet, and Waghorn’s little better on the opposite flank. Both are replaced to no apparent effect. Rooney and Baker are good in central midfield but Troy Parrott looks a man adrift, chasing shadows in attack while Cardiff happily man-mark him out of the game.

There’s nothing I can do. The match dribbles to an apologetic 0-0 outcome and the promise of a return fixture in south Wales. This of course means we are no longer favourites to progress, but I’m hopeful that the bedding in of Pedro Chirivella within defensive midfield will have taken effect by the time we meet again and that we can prevail. The reward is a trip to Brighton in the fifth round, one of those ties that looks almost tantalisingly winnable against relegation threatened, top flight opposition. 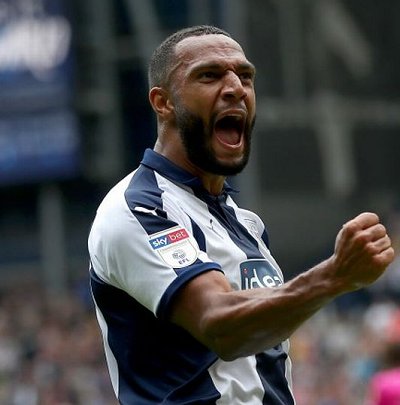 There’s a week to wait before our next game. The transfer window threatens to ebb away with little business done, a combination of scant amounts of money in the kitty and not being altogether dissatisfied with the resources I have available. In summer we will welcome seven players, all arriving on free transfers, three defenders and four players to reshape our midfield. I am beginning to lose hope that we will ever be able to afford the £6 million release fee for Perr Schuurs, as much as I would like to make the Dutch centre-back’s stay permanent. Levante’s Ivan should cover that hole, and before I arrived the club had agreed terms with Groningen’s Mike te Wierwik, a very handy looking 27 year old. The listed player I have on my eye on is West Brom’s winger, Matt Phillips, a Scottish international, 28, who would make Duane Holmes’s future with the club a tricky consideration. To date Holmes has failed to convince me of his worth, and I would like a good alternative to Jatta for those occasions when the German is having one of his more wayward outings.

On to Luton Town at Kenilworth Road. You will remember earlier in the season we had a proper FM’ing at their hands, when we used their goal for target practice and drew 1-1. Well folks, exactly the same thing happens in the return leg. Despite playing three forwards the Hatters are on the thick end of a shellacking. We hammer them. It’s like those World War Two bombing raids over German cities that you have read about, completely devastating, but imagine that instead of laying Dresden to waste all those shells explode harmlessly outside the city and miss the important buildings. That’s what we do here. There’s an offside goal for Jack Marriott (which I’m not sure was offside, but that’s football) and a whole heap of effort, but nothing to show for it.

In the second half we finally get a breakthrough when Jason Knight drills his shot past the keeper after the ball bobbles tantalisingly around the Luton box like the most teasing of prospects. Even before I can make my changes to protect our lead Jatta is booked and gifts the opposition a free-kick inside our half. Andrew Shinnie (brother of Graeme) launches one into our area, where Izzy Brown is waiting with almost poetic inevitability to shoot home. 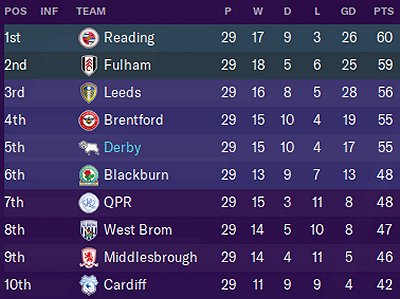 I’m angry at out inability to put this one to bed, and irritable over a lead that could have launched us into third place instead leaves us fifth at the end of the month. Brentford have leapfrogged us, which was always on the cards, while Leeds look as though they are in danger of missing out on the automatic places for another torturous season. On the whole I have to be happy with achieving a near two points per match record. It’s better than anyone at the club expected, but there is a growing body of drawn matches we should have won that is haunting me.

Before the window slams shut I arrange for the recall of Lee Buchanan to our first team. His half-season at Fleetwood has worked out really well in terms of his development, and with Scott Malone gone I need a decent back-up for Max Lowe. Marcus Olsson isn’t it. The prospect of anything happening to Lowe and the Swede playing five games, thereby triggering his contract extension, is enough to give me sleepless nights.

I’m expecting a struggle in holding on to Morgan Whitaker as the deadline approaches. A number of Premier League clubs are hovering, however it’s Buchanan for whom the offer comes in. Leicester want him, and horrifically enough the player flutters his eyelashes right back at them. There’s nothing I can offer the young left-back that will persuade him to stick around, and his argument – that the Foxes are a step up – is annoyingly fair enough, I must confess. So after trying to put them off by increasing the price they end up agreeing to pay the £4.6 million I demand, and they even accede to a cheeky clause whereby Buchanan will spend the remainder of the campaign with us on loan.

Meanwhile, Phillips is happy to join us on loan, with a £3.8 million release clause inserted just in case everything works out and we can make his stay a permanent one. Duane Holmes is transfer listed, about which he is unhappy, and in classic managerial fashion I put things off by loaning him out to Wigan. The Latics will pay his wages in full, and I hope he kills it there to make him loom large in a future transfer window. 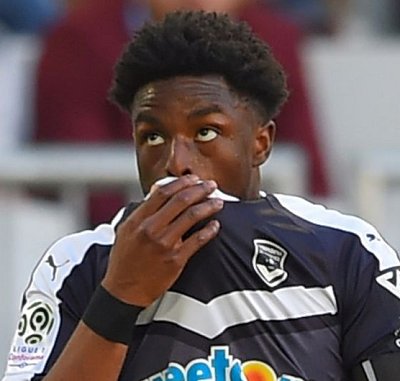 With the last hours of the window waning I make an offer for Josh Maja, after Chief Scout Joe McClaren (Steve’s brother!) comes back extolling his virtues. In reality, I think Joe’s been watching Sunderland ‘Til I Die, which isn’t even publicly available on Netflix yet, but the striker looks thrilling and has built his reputation on free scoring for the Mackems before securing his transfer to Bordeaux. I can’t afford to pay his club’s full asking price and there’s no interest from the French team in loaning him out, but I am able to make one of those complicated, structured bids that will have us funnelling cash out of the treasury for months to come. Everything’s agreed, green-lit, the guy’s happy to play for us, but after all that we still come up short of what we need to pay and the board is implacable in finding the three hundred grand we would need to seal the deal.

It turns out those takeover rumours are true. Things are happening. Wheels are turning at levels much higher than where I’m operating, and in this climate of uncertainty they are tight-lipped and even tighter when it comes to releasing funds.

The future suddenly seems unsure, and everyone’s prospects – mine included – are being played out against a punishing February schedule that will take in eight fixtures. It’s all I can do to ignore the boardroom shenanigans and get on with the task in hand. The end of the season is actually in sight, and my feeling is that this month will be decisive in determining where we end up.