Occasionally I will break away from the site’s latest challenge to cover some media that touches on football management – a book, film, TV show, even the odd focus on Football Manager itself. 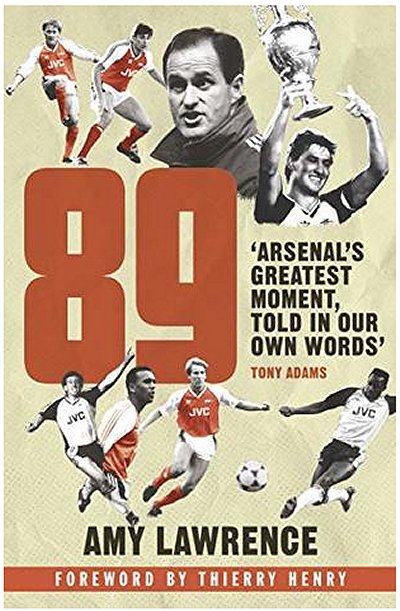 Arsenal have become my second team over the years, especially as the top places in England’s highest reaches have become the preserve of a few select clubs. It’s easy on the surface to see why I should choose the Gunners. As a Middlesbrough fan, I am suspicious of really good sides that win lots of matches and hoover up titles, and there’s something essentially fragile about Arsenal that makes them the ideal pick. Few teams have such a talent at wresting defeat from the jaws of victory, of letting their supporters down, and it’s a quality with which I can empathise wholeheartedly.

The love goes back years. I remember the pre-Wenger era, when Arsenal were a relatively mechanical, careful and prosaic set-up, built on a formidable defence and working on a safety first mentality that never made them much fun to watch. All the same when they happened to play both English cup finals against the same team, Sheffield Wednesday, in 1993, I was firmly in the Londoners’ camp. This was swimming against the tide. Ron Atkinson’s side was a wonderful, cavalier outfit, entertainers, showcasing the silky skills of England winger Chris Waddle whose career was undergoing a renaissance following his adventures at Italia 90 and with a European Cup clinching Marseilles team. Arsenal won the two games, for good measure controlling both so that Wednesday descended into the ugly plod that played to their opponent’s strengths. No one watching these games in the University Common Room was satisfied with what happened. I was delighted.

I think the origins for this strange relationship lie in the events of 1988/89, the season Arsenal first won the League title after years in the wilderness. They had been a top flight staple for what felt like forever, but there was nothing special about them and manager George Graham was constructing a squad based on no-name players. Liverpool represented the real elite. Everton were a top side; Tottenham were spectacular under Terry Venables and there was always Manchester United, very slowly clawing their way back to respectability with new manager, Alex Ferguson, spending a lot of money on big names. The campaign was a muddy slog, as I recall. Liverpool were the team to beat and Arsenal were just about keeping pace with them, just as at the other end of the table Boro’s rebirth following their dalliance with bankruptcy was finishing with relegation. It culminated in the rarity of a season finale to end them all, a final fixture played between the title contenders at Anfield in which the Gunners had to win by two clear goals in order to claim Division One.

As was the case in those days, ITV held the rights to televise live matches, and this one, played on a Friday night, feels to my mind to have been watched by everyone. Nobody gave Arsenal much of a chance. The Pool were in amazing form, resurging after the recent tragedy of Hillsborough as though every goal and each victory was a tribute to the 96 lost lives. It felt poetic that they should stroll their way to the title, like it was right, and so it was possible to simply discount the opposition. Teams simply didn’t go to Anfield and win matches. It never happened, let alone the scale of the task facing Arsenal that evening. No one told them that, of course, and what seems clear is that, unlike Liverpool, they approached the fixture knowing they had nothing to lose and everything to gain. They had a plan.

I was nearly 17 at the time. A sixth former, the era for me was punctuated with discovering the delights of my home town’s night life, something I was denied on my first visit to a nightclub when I was cautioned by the police for the crime of underage drinking. There wasn’t a lot to really enjoy at the time. The late eighties weren’t an especially happy place for a Teesside teenager, nor was going to the match recommended with hooliganism still a thing and the government seemingly working to destroy it, so watching Arsenal produce their moment of high drama represented a genuine highlight.

Obviously all this happened a long time ago. I’m in my late forties now. Football in England is in thrall to the Premier League and while there’s never been more of it on television the paywalls make seeing it a limited experience. I guess there’s a case to be made for the 88/89 season finish being the best of all time – in my time I would suggest that it is. The only possible comparison is the climax of the 2011/12 campaign, the Agueroooooooooo! moment, but Manchester City were supposed to win that game. Arsenal’s task was immeasurably tougher, and they did it and in the process captured (some of) my heart.

This book is a companion piece to the 89 documentary, and much like that recommended film is a compilation of peoples’ voices – the Arsenal players, George Graham, supporters, staff, Liverpool fans, and so on. Capturing all those memories is a very special thing. For anyone who remembers it the individual passages are a treasure trove, and there are some special sections on the Hillsbrough tragedy, from April of that year, and about David Rocastle, the midfielder who retired from football too early and died much too young.

I listened to the audiobook version, read by actor and Arsenal fan Alan Davies. The whole thing was entirely absorbing. I can’t recommend it highly enough.