The continuing adventures of the Arsenal Nationalist Challenge – you can read it from the start and follow the guidelines here.

The situation is clear. We have a chance of lifting the Premier League trophy. We are two points clear of Manchester City, with a slightly better goal difference and having played the same number of matches. We have a few injuries, the most worrying being a recurrence of the twisted ankle injury suffered by Hector Bellerin during a reserves game that will rob us of his services throughout February. Ceballos and Nelson are doubts. And the games are piling up. It isn’t the best time to be forced to contest an FA Cup replay, which we have to do after drawing against Southampton, and that means eight games to slog through during this short month.

We start with two away matches at St Mary’s, facing Southampton first in the league and then that damn cup tie in midweek. The Saints are 12th in the table, so our fingers are crossed for this, especially as Ralph Hassenhuttl has rewarded Shane Long for his lumbering yet successful performance against us by dropping him from the team entirely. That’s total management for you. Instead they go with Lewis Holtby up front, an even more enigmatic choice as he isn’t actually a striker. Our plan is to deal with Nathan Redmond and that doing so should equate to solving Southampton. The league match is a salty, bad tempered affair, played in freezing south coast conditions and pockmarked by the referee waving cards around furiously. Pepe noses us in front just before the break. It seems like we should be able to prevail after that, and just to underline the point Southampton have Pierre-Emile Hojbjerg sent off for a second yellow card.

An away tie at Birmingham City awaits for whoever wins our FA Cup replay, again at St Mary’s. Southampton refuse to pick Shane Long once more and I don’t allow Mustafi to step anywhere near my starting eleven, so 3-1 to us is probably a fair outcome. On this occasion the Saints fall away as Aubameyang puts away a ruthless hat-trick. The striker is being tracked by scouts from Manchester United and Real Madrid and I’m wondering just how much we can get for a predatory yet 30 year old African forward. Nelson and Tierney have great games, turning both flanks into supply lines for the attack, and Southampton’s very late reply by Kevin Danso is the sort of goal you concede when everyone has mentally gone home already.

We’re off to the romantically named American Express next for Brighton and Hove Albion. Manchester City keep winning their matches so we have to match their pace, and fortunately the Seagulls present no significant challenge. All the damage has been done by the 46th minute, by which point we’re 3-0 ahead. Brighton are okay, but they can be bullied and we overload our attack. Ozil, Maitland-Niles and Gray score the goals. All three result from sustained pressure in their penalty area, the kind of enduring nightmare for home fans who can see such melees result in shots on goal to which Matthew Ryan can be susceptible. The scoreline’s fair. We rack up 19 shots, including ten on target as the opposition find that breaking out of their half to be a precious and barely exploitable rarity. 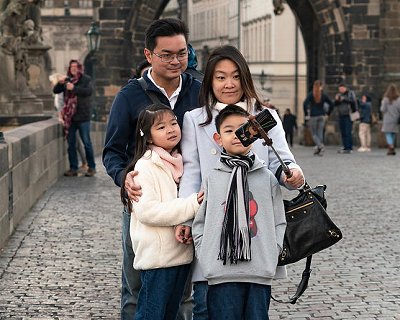 Prague is a beautiful city. The beer’s cheap and the old city centre a pastel-coloured delight, but it’s cold in February and we’re here for a job to do rather than take selfies on the Charles Bridge. Sparta Prague is a name to conjure up classic, old school European nights, but honestly I’ve little idea how good the team is these days. Much like the Czech national side, their flagship club appears to be suffering hard times. I’ve heard of striker Vaclav Kadlec but the rest of the side is a mystery waiting to happen, so you can imagine my pleasure when they score with five minutes on the clock. Heck, are they really, really good underneath it all? Is our Europa League adventure going to end here? No, it turns out. Lacazette replies with a hat-trick to counter Aubameyang’s three goals against Brighton, or maybe he’s using the occasion as a shop window because we are aware that Manchester City’s scouts are taking notes on him, with Nelson the main provider. Tetteh ensures the evening ends interestingly by making it 3-2, unless it’s just the case that we’re a bit more vulnerable due to fielding Mustafi for this one, however I feel those three away goals should make the tie a formality.

Birmingham City await for our fifth round FA Cup tie. Fourth in the Championship, the Blues are contenders for promotion but we should be able to prevail through this one, despite the absence of David Luiz due to a minor injury. Holding’s a fine alternative, especially as he now wields a new contract (we sort out fresh deals for Nelson and Smith Rowe also this month), and though the game has only one goal in it, Gray’s 20th minute strike from a Nelson assist, we’re never in danger of cocking it up. The home side manage one shot on target, in reality a tame effort by Alvaro Gimenez that Leno has to wake up for a few seconds in order to catch, and that’s the sun total of their threat. In the quarters we will have the infinitely more dangerous prospect of Liverpool at home.

In the return leg of our first round Europa League contest, we win 4-0 against Sparta Prague to set up a tie with Spanish outfit Espanyol. Another hat-trick, this time from Aubameyang who benefits from the precision crossing of Kieran Tierney on each occasion, and a late ribbon on the bow courtesy of Ozil. In the pick of the round, Borussia Dortmund win 6-2 away to Ajax, but still go out as the Dutchmen had spawned the first leg 5-0. With the likes of Blind, Van de Beek and Ziyech, and ageing striker Huntelaar, the Amsterdam outfit are formidable and possibly have the tie of the second round, against Manchester United. The top seeded team still in the competition turns out to be none other than ourselves. No pressure then. 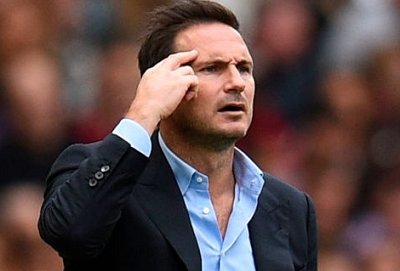 We receive this year’s complement of Academy prospects, the usual mixed bag with a few genuine prospects – 15 year old left back, Les Owen, looks very promising… is it too early to say ‘the new Ashley Cole’? – and we go into our home league game against Chelsea knowing that Man City have slipped up against their traditional bogey team, Crystal Palace. The opportunity is there for us to pull clear, particularly as there’s an away day at Tottenham Hotspur Stadium to come next, and Chelsea are missing several players for this one – no Giroud, Emerson, Christensen or Pulisic. We can’t blow it, and we don’t. Ceballos puts us ahead on 11 minutes, and Pepe turns in Guendouzi’s assist early in the second half to seal a grand 2-0 victory. Chelsea have six shots on target, but it’s Batshuayi rather than Giroud and we can deal with him. Fat Frank and I exchange the traditional pleasantries in the post-match banter, before he spits his dummy out when I tell the press they have a good team. Good old Frank, always combustible when he thinks he’s being mind-gamed.

A month spent predominantly on the road ends with the short hop to our noisy neighbours, Tottenham Hotspur, now managed by serial Serie A winner Massimiliano Allegri. They’re 11th in the table, but facing the likes of Harrington Kane and Debbie Alli is always hard going, and perhaps in retrospect getting away with a 1-1 draw is fair enough. The kick in the teeth however is that Kane’s equaliser comes so late. For most of the game we’re in front. We take a first half lead when Tierney’s cross deflects off the meaty thigh of Vertonghen and into his own net, the sort of comedy goal you always want to get against your bitter rivals. And we’re comfortable. The lead’s deserved. Spurs fanny about about on the ball a lot without causing much trouble. Until late. Aurier’s cross into the box meets Harrington, who has managed to get on the right side of Sokratis, and the rest of the story writes itself.

And so a chance to remain five points clear of the Citizens lasts but briefly. That said, we’re very happy to be here, albeit in the position of needing to win and win and win as the Manchester team point blank refuses to give up the chase. Liverpool have already qualified for Europe courtesy of their Carabao Cup victory. We’ll face them in the FA Cup in March, a month that carries two weeks off for international football that, at this stage in the season, almost comes as a relief.